Exploring the Shades of Uncertainties

Don’t Know is a great place to be.

It was in a session of my Team, Management and Leadership Program by Landmark Worldwide that I heard this.

For a moment it stopped me in my tracks and the cynical mind said “what rubbish!”. “Don’t know” has been such a spoilt sport. Stopping me from so much in life. From Simple to Significant. I had just missed out on joining the Navratri Dandiya in my apartment because I didn’t know anyone there. On the other end I don’t know who will take care of me when I am old and frail is a paralysing thought. What’s so great about it? That just didn’t make any sense.

There is a whole lot of premium given to knowing in our world and education. Right from a toddler identifying the red round fruit as Apple, to a 40 something CEO projecting exactly how the next five years will roll out. It’s simple. The Yay’s!!! are reserved for knowing, the Boo’s for not knowing .

In-fact my biggest enemy to learning and growth has been accepting  “ I don’t know”. When faced with the unheard, unfamiliar in a meeting, I would try to wing it . Nod intelligently or shrug dismissively, whichever is appropriate and hold myself back from participating in the conversation for the fear that my deficiency of knowledge and information will speak louder than my ideas. Such can be the force of taboo to embrace ‘Don’t Know’.  In the face of the Sudden- Adverse, not knowing what the future holds is I think the biggest cause of fear and suffering.

Needless to say, much of my energies have been invested in planning, fixing and controlling life and its events. And in many ways it’s paid off too. I am financially stable, socially well entrenched, reasonably qualified and have a decent career record. So who listened to those words – “Don’t Know is a great place to be”, is a body and mind seeped in the experience Knowing matters. Knowing is winning.

But after the initial Nah! the insights started seeping in. It’s so true. The known is already known, the extraordinary or miraculous doesn’t  happen there. That’s the domain of the unknown. When I say I don’t know and bring curiosity to that state of don’t know a lot becomes possible. Or rather as my coaches in Landmark will say anything becomes possible.

Sitting there, in that classroom, images of Dad came up. Dad in his last few months. In December 2010 he had three brain strokes one after the other in a span of a few hours. That left him 80 % paralysed at age 93. The doctors told us there is nothing to be done “just give him tender love and care”. It was clear he will not recover. Somehow I wasn’t enrolled to give up. I had a ZID, a resolve – he would walk and talk and I don’t know how.

Initially, many dismissed me as foolish, obstinate and unreasonable. And some looked at me with compassion trying to connect to my pain, but believing in what I was upto wasn’t possible . Mom however was an exception. She would encourage me, discuss ideas and share stories of miracles she has seen in her life. And then gradually people emerged who were willing to give it a try.

Most important amongst them a Physiotherapist, Doctor Vikram Talwar and Rajesh my Dad’s driver who would not leave his side. He would make Dad do every exercise Doctor Talwar taught him, no matter how much Dad protested. More people joined in, family, friends, colleagues, neighbours. Just providing the space to lean in, being there, encouraging us . Dad started responding. He being able to sit up for 5 minutes was a celebration.   Three months of effort and believing in the impossible later, I received an SMS from my brother on the Bengali New Year day . It was a photo of Dad standing tall, his full height without any support, the nurse a step away from him.

That’s the best new year gift I have ever received.

Dad lived for a few more months and then left us on 2nd October 2011. But he had given me the most precious learning of my life. Miracles happen when you embrace the Don’t Know space. The Leaders in the Landmark Session were saying just that.

To tell you a secret, I realise I have a funny relationship with Don’t Know. It controls me, comes in the way, stops me from regular everyday stuff like joining the Navratri celebration of my apartment or trying a new haircut. Even just thinking of unknown possible future trials of life unnerves me. And yet when presented with Life’s big tickets like sudden job loss or complete breakdown in a precious relationship, when I find myself standing at the edge I am able to suspend the need to know, to find logical answers. I can embrace ‘Don’t know’ with equanimity, openness and curiosity. What then emerges is nothing short of miracle.

Last year under Shinzen Young’s guidance, I started a Mindfulness technique called ‘Don’t know Mind’. A practise to embrace and enjoy the unknown and unfamiliar. That’s been a blessing for me in the present situation.  The training and coaching industry is deeply impacted by the Pandemic. All of a sudden, all dates blocked in the calendar became free and with that, all projection of income went for a toss. My practise has held me, being at ease and allow for the Wisdom mind to speak up. A new normal is emerging. I realise I thrive in simplicity and minimalism. I love working in the retail space and my calendar looks interesting with very fulfilling engagements. Also, I am attracting people who are keen to spread out my work beyond India.

I love the way Shinzen Young talks about it – Equanimity with Don’t Know is the basis of an extraordinary, new kind of knowing.

That said, will I step out and join the Navratri celebration in my apartment this year ? Well… uh.. ummm… I don’t know !

Every month, we try to share anecdotes from our lives to bring you something you can take with yourselves from our experiences. If you wish to ensure you don’t miss out these personal notes from our team, please subscribe to our blog. 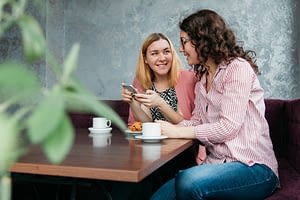 Recently during a call, I told a senior colleague “... 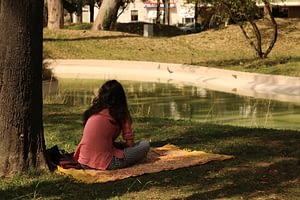 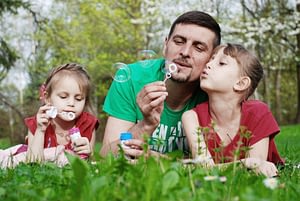 Say mindfulness! What are the images and words that come... 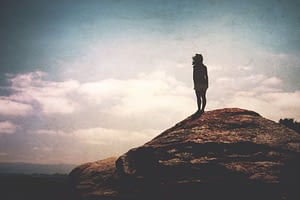 Talk to us and ask for your free session!

Money should not be an obstacle in your journey of finding inner peace. We offer free sessions for two people every month. Please write to us at life@we-sutra.com if you wish to apply for our sponsorship.